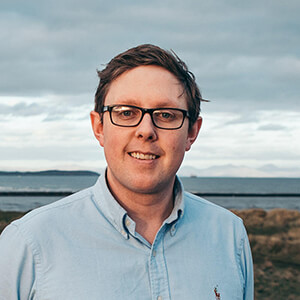 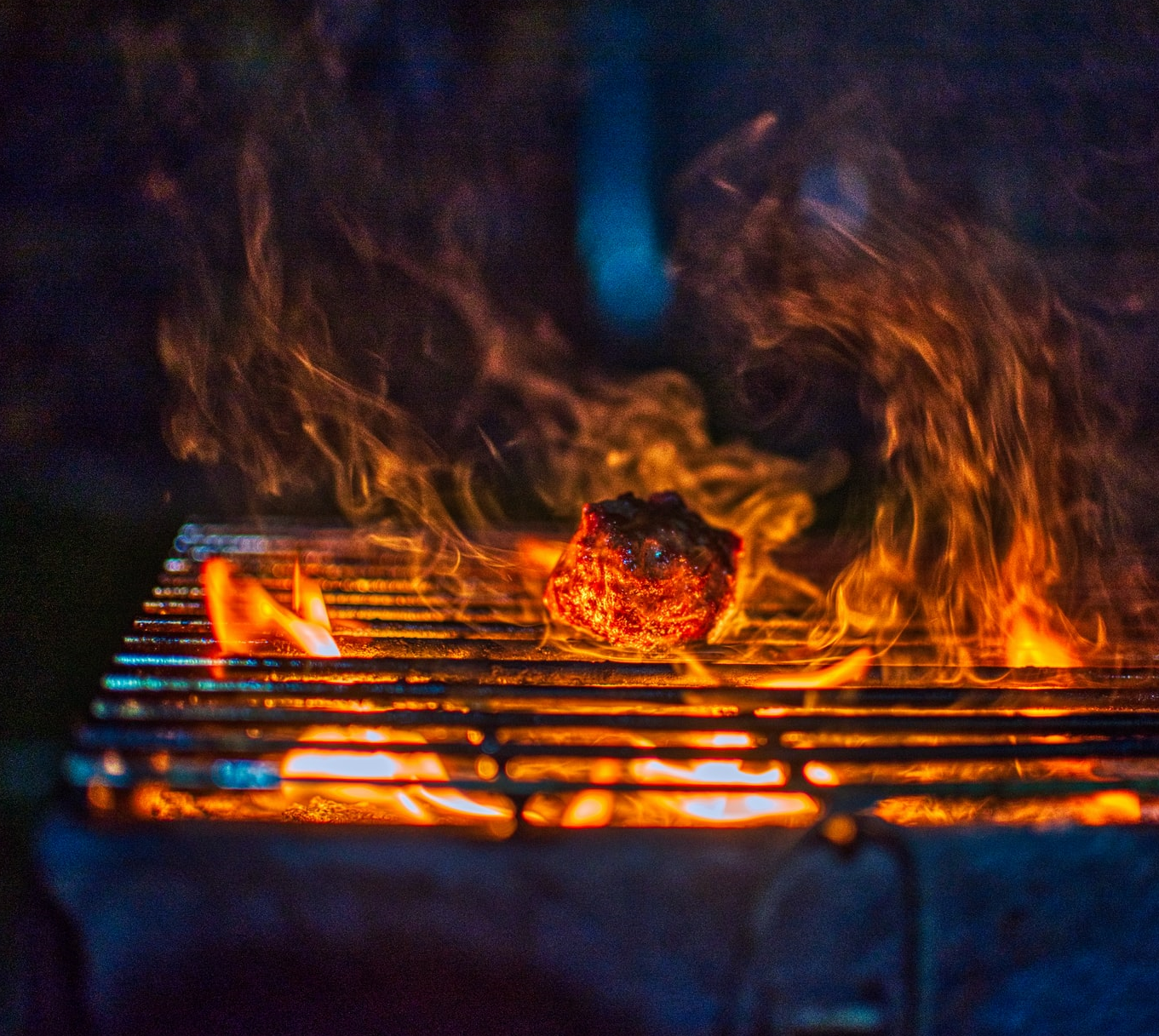 It seems like yesterday but it is 3 years ago almost when we analysed the prospects for a couple retiring with €1m in pension benefits in Blog81. This week we develop some thought and share some insights on:

Thanks to recent freedoms that have been bestowed upon us 🙂 we visited friends recently for a BBQ. On entering their garden I was immediately struck by the size of their BBQ – it was bloody huge! A massive double-lidded American beast of a thing. I immediately had BBQ-envy and felt a momentary need to upgrade our own piddly little charcoal burner! This encounter got me thinking about size, and how we all succumb to the need for BIGGER, and I’m not just talking about us men here!

It is part of modern culture that BIGGER is better. Even phones, which for years were on a mission to get smaller as technology became refined, are getting bigger again! It will be a few generations at least before the perspective that ‘bigger is better’ will change I reckon. Just look at the size of cars today versus a couple of decades ago. While I thought the rate of growth in the size of cars was greater, the research from Teoalida.com suggests it is in the region of 15% increase in size of each type of car on average over the past 60 years.

Our fascination with size, its fair to say, also extends to our financial lives; the size of our salary, the size of our savings accounts, the size of our pensions. It often begs the question; how big should my pension be? Always aiming to please here at Informed Decisions; we are gonna try and put an answer to that very question!

Firstly, It’s All Relative: How Big Should My Pension Be?

We looked at whether a €1m pension pot was sufficient for a couple to retire (See BLOG81). Our conclusion was that it sure would be for the majority of us. Things that will increase/decrease the importance of the size of your pension:

An interesting approach to take is to consider your Gross Annual Household Income (before Tax), and to build a multiple of that figure at various milestones.

Milestones: How Big Should My Pension Be?

Milestones are great – they help you gauge whether you are on track with a particular project or exercise, applicable in all aspects of life. They are less practically useful if you have nobody to hold you to account, or if you are not disciplined enough – but as a means of building a pension pot they perhaps could be useful?

Fidelity in the US have a handy and interesting ‘rule of thumb’ when it comes to building a pension pot for yourself. They suggest the following for someone who is aiming for an ‘average’ level of expenditure in retirement and should be adjusted upwards or downwards accordingly based on your lifestyle plans when you get there!

In theory that sounds cool, in practice it gets a bit trickier as your salary increases and then also as your pot value increases and decreases in value due to underlying asset values, totally outside of your control, you could be way ahead or way behind through no fault of your own. Those fairly minor gripes aside, the principal is an interesting one to apply for yourself.

If your pre-tax income is say €60k, you might be aiming for the following:

If you have a partner and they also earn an income or similar proportions then you could end up with a combined pot of say €1.2m by using this sort of principal. Oh, and as a rule of thumb I would calculate any Defined Benefit income you have buy multiplying the Annual Income you have accrued from your scheme by 20 or 25. So if you have €8k DB income ‘banked’ then that would be worth equivalent of around €180k.

I’m conscious that to some of you, these suggested Milestone figures will sound bonkers high, and to others they may sound bonkers low! As opposed to a specific rule, it might be a handy guide to some. Oh, last week we had the 3-Ms. This week I am delighted to unveil the 3-Rs! Retirement Remuneration Realisation (RRR) – or in other the day on which you start receiving money into your bank account by way of pension draw-down. The realisation of your retirement remuneration, RRR. Please quote me if citing it anywhere any time soon!

Begin With The End In Mind: How Big Should My Pension Be

Incidentally, just for fun I searched the Informed Decisions Website for the term ‘begin with the end in mind’, and it is here apparently 29 times!! I definitely over-use the term, apologies dear reader! Want to search a website for a word or term, In Google type site:websitename.whatever wordyouwanttofind. Really handy!

Anyway, applying the principal of 10-times your annual Gross income to the real world, at your RRR, how would you fair? Imagine you are taking an income of €100k, you’d have a pot of €1m at the time of your draw-down. Image that you chose not to take the 25% Tax Free Lump Sum (which we concluded would not be a totally daft thing to do in Blog 171). Under Irish Revenue rules you take 4% per year until 70, and then 5% per year from then onwards, for another 25 years. Depending on the underlying assets, performance and fees, you’ll draw €40 to €50k Gross per year for 25 years, or to put it another way, approx half of your previously earned income.

Depending on other income sources you have as a household you may very well pay c10% effective Income Tax on all incomes, and enjoy a comfortable lifestyle. Oh, and you’ll probably leave a large pot behind you! Everyone’s happy, including your beneficiaries!

On the other hand, if you had an income of €100k but your pension pot was say only 3-times your Gross income at RRR, at €300k. In this scenario in simple terms you take an income of 4/5% so €12k to €15k Gross per year, which is obviously 12/15% of your earned income. which roughly doubles what you get from the State Pension but also means you pay pittance in Income Tax! But would that be enough for you, maybe it would, maybe it wouldn’t!

On the other end of the scale you might have a pot at RRR of 20-times Gross Income, at €2m, and your biggest worry might be that you’ll exceed the Standard Fund Threshold of €2.15m! And lets be clear hear, you can exceed it all day long, it’s only if you draw-down the benefits when they are actually of cumulative value of more than the €2.15m that you face a double whammy tax hit. If you want the in’s and out’s of this Threshold check out Blog 151 here.

With a €2m pot at RRR you’re looking at an €80k to €100k of Gross Income- which is the very same as you were earning before you stopped working. You may or may not want or need that level of income, but that’s what €2m pot gets you!

An Unscientific Rule Of Thumb!

So during the course of this rambling I have discovered another unscientific rule of thumb that would apply to us poor creturs governed by the 4% and 5% rule of thumb (whether earned by you solely or by you as a couple):

So, if you fancy a Gross Income from pensions of say half your ‘old’ earned income, shoot for a pot of approx 10-times final salary. Etc etc.

If you are even remotely mathematical then the above will seem almost child-like in it’s simplicity, but that’s exactly what most of us need when we are approaching complex problems – break it down to simple terms!

Don’t Panic: How Big Should My Pension

If you are looking at the milestones of the below, and you realise that you are nowhere near them, certainly don’t panic.

Here are some ideas that might help you take positive action and make tangible progress:

Much like most aspects of life, it can be really helpful to have a plan or at least some sense of whether you are on track or not to reach a satisfactory end-point. It doesn’t and shouldn’t matter what the end-point of your peers or friends is. As we touched on above, the variables can mean you could potentially have a smaller pension than someone you would like to emulate, and still end up in a better overall outcome. Comparison is the killer of all joy, so try find a way to drop the comparison habit if you are prone to it!

My buddy’s BBQ is a fine machine, no question, but it it’s not lost on me that only half of the thing will every really be used. He said so himself. Plus it’s so damn big it’s a nuisance to store and to move around the place! I quickly overcame my initial BBQ envy. I’m again very content with my little Weber BBQ that I’ve had for 12 years now (it pre-dates Fiona!) and that is absolutely sufficient for our needs. Just like my buddy with the big BBQ (he was given it!), I’m not in the business of trying to impress anyone with the size of my BBQ. Our existing one serves a purpose, I’m happy that it is the right fit for our family’s needs, and it’ll help create lots of fun memories for years to come, and hopefully I won’t give anyone food poisoning in the process! Having just written those words, a BBQ is actually very similar to a pension pot in more ways than I previously thought probable!!

Optimism is defined as: Optimism is a psychological attribute characterized as the general expectation that good things will happen, or the belief that the future will be favorable because one can control important outcomes. At least that was the definition in a 2019 research published by the PNAS in the USA.

Interestingly they said: ‘we found higher optimism levels were associated with longer life span and greater likelihood of achieving exceptional longevity. Importantly, these associations were replicated across 2 independent cohorts and remarkably similar in magnitude in men and women, after adjusting for potential confounders and
possible intermediate variables.